ABOUT THE 2020 “ABOLITION OF ABORTION IN OKLAHOMA ACT” 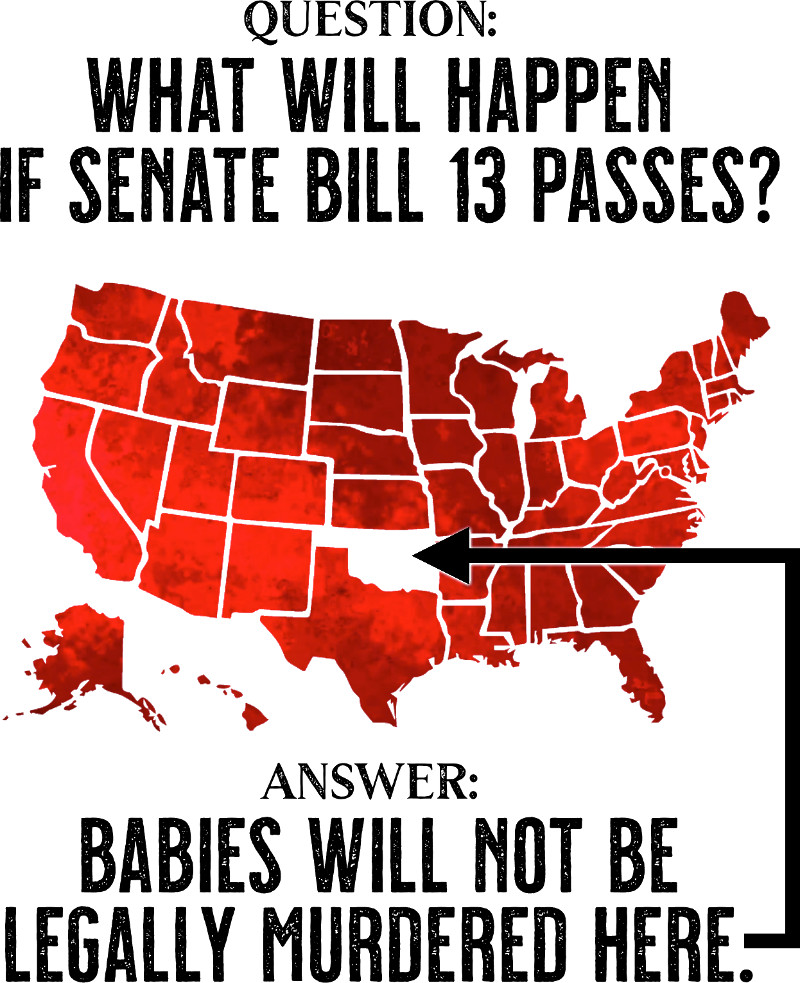 Currently, Oklahoma’s various abortion-related statutes are radically contradictory.  One statute indicates that those who perform abortions are guilty of a felony, punishable by two to five years in the State Penitentiary, while another statute provides that those who hire an abortionist risk spending up to only a year in the county jail.  Then we find another statute that contradicts both of these by specifically including an “unborn child” in its definition of homicide, while at the same time making exceptions for a “legal abortion.” To top it all off, dozens of pro-life statutes enacted since 1973 have legalized abortion by spelling out the various means and methods of performing state-sanctioned abortions.

Therefore, Senator Joseph Silk, Republican from Broken Bow, has filed the “Abolition of Abortion in Oklahoma Act” (Senate Bill 13), which would rectify the confusion caused by Oklahoma’s inconsistent statutes related to abortion.  Senate Bill 13 provides a simple, easy to understand definition of abortion in the homicide code, and repeals any and all reference to legal abortion, thereby closing legal loopholes for abortion. Essentially, the bill would establish justice for preborn persons by treating abortion the same as any other homicide.

This is not the first time Sen. Silk has attempted to correct Oklahoma’s abortion-related statutes.  Republican pro-life leaders in the Senate killed previous versions of his legislation in 2016, 2017, and 2018.  The question is, what will new leadership do in 2019? It will be up to the grassroots activists of Oklahoma to see that the Abolition of Abortion in Oklahoma Act advances to Governor Stitt’s desk, giving him the opportunity to fulfill his pledge to sign it and to choose to enforce it.

KEY PROVISIONS IN THE ABOLITION OF ABORTION IN OKLAHOMA ACT

“It is the intent of the Legislature to provide to unborn children the equal protection of the laws of this state…and to treat as void and of no effect any and all federal statutes, regulations, executive orders, and court rulings, which would deprive an unborn child of the right to life.”

“Any federal statute, regulation, executive order, or court decision which purports to supersede, stay, or overrule this Act is in violation of the Constitution of the State of Oklahoma and the Constitution of the United States of America and is therefore void.  The State of Oklahoma and its political subdivisions, and agents thereof, may not enter an appearance, special or otherwise, in any federal suit challenging this Act.”

IMPORTANT TERMS IN THE ABOLITION OF ABORTION IN OKLAHOMA ACT

“Abortion” means the act of using or prescribing an instrument, a drug, a medicine, or any other substance, device, or means with the intent to cause the death of an unborn child.

“Unborn child” means the unborn offspring of human beings from the moment of fertilization, through pregnancy, and until live birth, including the developmental stages of human conceptus, zygote, morula, blastocyst, embryo, and fetus.

“Fertilization” means the fusion of a human spermatozoon with a human ovum.

“Homicide” shall include, but shall not be limited to, acts which cause the death of an unborn child committed during an abortion. 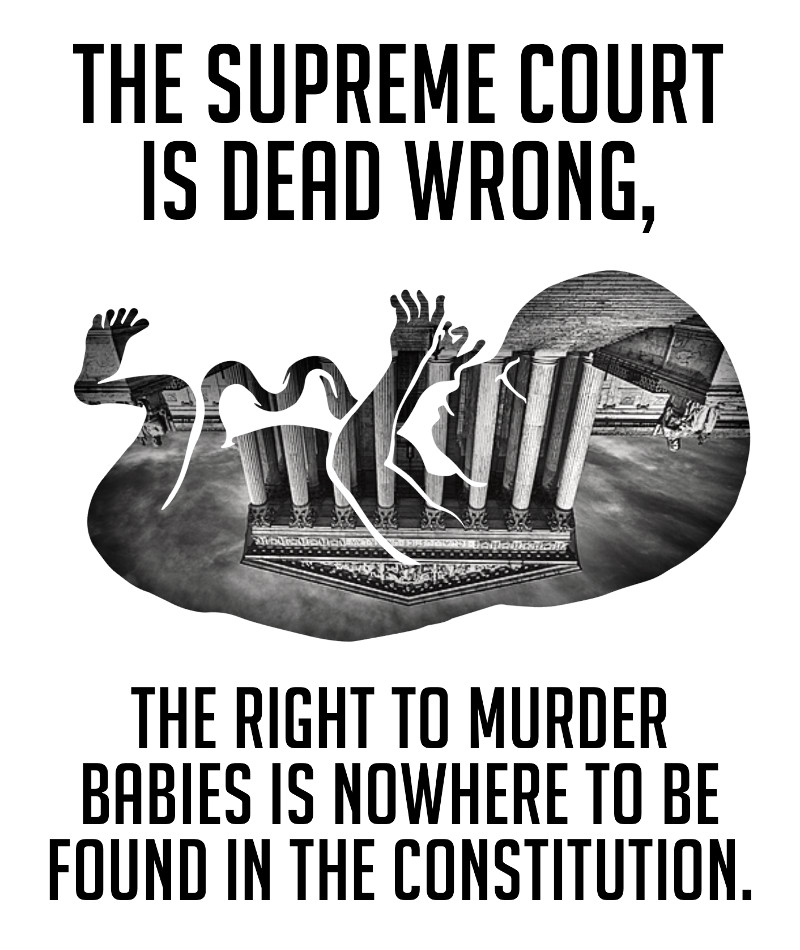 CONTEXT OF THE ABOLITION OF ABORTION IN OKLAHOMA ACT

Abortion violates the Constitution of the United States:

Amendment XIV (and V) stipulates:  “Nor shall any State deprive any person of life, liberty, or property, without due process of law; nor deny to any person within its jurisdiction the equal protection of the laws.”

Article 2 Section 2 states, “All persons have the inherent right to life, liberty, the pursuit of happiness…”

Article 2 Section 7 stipulates, “No person shall be deprived of life, liberty or property, without due process of law.”

It repeals those provisions because, among other reasons, those provisions would be obsolete, unnecessary, and redundant once a total abortion ban were in effect. As I put it before, “When you pass a law outlawing ALL abortions you don’t need statutes on the books outlawing SOME abortions. That would just create confusion.” Still, there is a fear being stoked by some that a court considering SB 13 could strike down the part of the bill outlawing abortion but uphold the part of the bill repealing what would become obsolete, unnecessary, and redundant provisions regulating abortion (i.e. dismemberment ban, partial-birth abortion ban, etc.).

Regarding federal courts, the bill explicitly provides that the State of Oklahoma will not appear in federal court if sued there (pg. 24, line 24, et seq). The bill makes this statement because of the clause immediately preceding it, which finds, “Any federal statute, regulation, executive order or court decision which purports to supersede, stay or overrule this Act is in violation of the Constitution of the State of Oklahoma and the Constitution of the United States of America and is therefore void.” In other words, as applied to this question, any federal court decision that purports to supersede, stay, or overrule any of SB 13 is going to be ignored by Oklahoma. Consequently, it would not matter whether a federal court struck down parts of the bill and not others because any federal action striking down any of it would be deemed void by Oklahoma. That still leaves unanswered the issue of what state courts could do, so let’s consider that.

The provisions of every Oklahoma act (i.e. bill) are presumed severable “unless there is a provision in the act that the act or any portion thereof or the application of the act shall not be severable.” 75 Okl. St. § 11a. SB 13 has a provision stating, “The provisions, words, phrases and clauses of this act are declared to be inseverable.” (SB13 Introduced, Section 34, Page 25, Lines 3-6). Therefore, the sections of the act that repeal obsolete, unnecessary, and redundant provisions are not severable from the rest of the bill. In other words, the provisions of the entire bill must stand or fall together–they are all or nothing. Is it possible that an Oklahoma court could ignore the law? Yes, it is. Dealing with courts which have ignored the law is why SB 13 is needed. But if an Oklahoma court did ignore the law, the members of the executive and legislative branches of Oklahoma government could and should refuse to go along with such violation. But this concern is quite unfounded. In fact, after conducting a search, I could find no instance in the history of Oklahoma cases where a court ever ignored a non-severability clause.

There may, however, be another basis for this claim that SB 13 could endanger current provisions regulating abortion. Perhaps the fear is that, if passed, SB 13 would lead to a Supreme Court decision that goes even further than its 2016 decision in Whole Woman’s Health v. Hellerstedt. Perhaps it could even lead to a Supreme Court decision claiming that the Constitution provides a fundamental right to abort ones child until birth.

The answer to that problem is already in the bill, though. It is the same answer that the bill provides to every other unconstitutional decision of the Supreme Court which has led to 61+ million dead: Ignore unconstitutional decisions because they are not the law of the land. Where the courts ignore the Constitution, we must ignore the courts. So this fear is really just a red herring and should be disregarded. In fact, to be frank, those who are inciting this fear are either uninformed and unintentionally missing the point of the entire bill, or they are being disingenuous in order to cover their own lack of courage.

Continue reading about SB13 at our Frequently Asked Questions page.

Do you have a question about SB13 that is not answered or explained above? Contact us here.